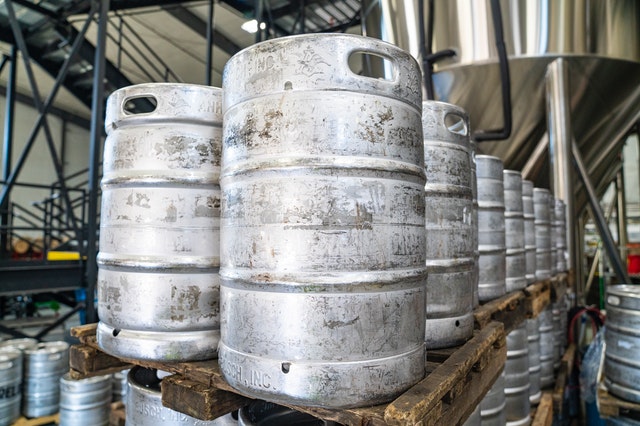 The Constitutionality of Prohibiting Brewers from Selling Distribution Rights: Affirmed by Texas Court

If you’re a local craft brewer or craft beer distributor in Dallas, TX, chances are you’ve experienced a few moments of frustration with the ongoing battle between Texas craft breweries and the Texas Alcoholic Beverage Commission regarding the right to sell distribution rights to brewed products in recent years. Below, your local liquor license consultant in Dallas, TX breaks down what you need to know about the most recent ruling that affects both types of establishments.

It started in 2014, when Live Oak Brewing Co., Peticolas Brewing Co. and Revolver Brewing brought a suit against the TABC. All three of these establishments are craft breweries that self-distribute in Texas, and they claimed their potential for profit and expansion was being harmed by a provision in a Texas alcoholic beverage control law that forbade them from selling the distribution rights to their brews, stating that accepting payment “in exchange for an agreement setting forth territorial rights” was illegal. These breweries claimed that this provision, § 102.75(a)(7) of the Texas Alcoholic Beverage Code, was actually unconstitutional.

This first suit ended favorably for the brewers when the lower court declared the provision was unconstitutional. However, the taps were still open on this complicated issue.

When the TABC appealed the lower court’s decision, the Texas Court of Appeals reversed it, claiming that the provision is acceptable under the Texas Constitution. Though the craft brewers drew on a Supreme Court case to argue that their fundamental economic liberty interest was being denied, the Court of Appeals insisted that the provision did not prevent the brewers from operating in their trade of brewing and selling beer.

Additionally, the brewers claimed that craft beer distributors were benefiting enormously from craft brewers’ deprivation, but again, the Court of Appeals shot this argument down, stating that the relevant legislature gave brewers the right not only to self-distribute their products to retailers, but also to distribute to customers on the grounds of the brewery for consumption on site.

Though craft breweries may be frustrated with the restriction on selling the distribution rights to their products, which may limit avenues for raising expansion funds, craft beer distributors throughout Dallas, TX and the rest of the state can celebrate their renewed opportunity to profit from the sale of local craft brews.

Talk to a liquor license consultant in Dallas, TX

We are experts on the laws regarding alcohol licenses, and distribution permits are complex, often vague and frequently changing, so if you’re in need of a liquor license consultant in Dallas, TX, feel free to call LaBarba Permit Service or stop by our office today. Our well-trained staff is knowledgeable and experienced when it comes to the perplexing regulations and often arduous processes bars, restaurants, breweries, convenience stores and related establishments have to deal with when applying for a license or clarifying the law. We’ll deal with the TABC so you don’t have to. Get in touch today—we look forward to helping you!