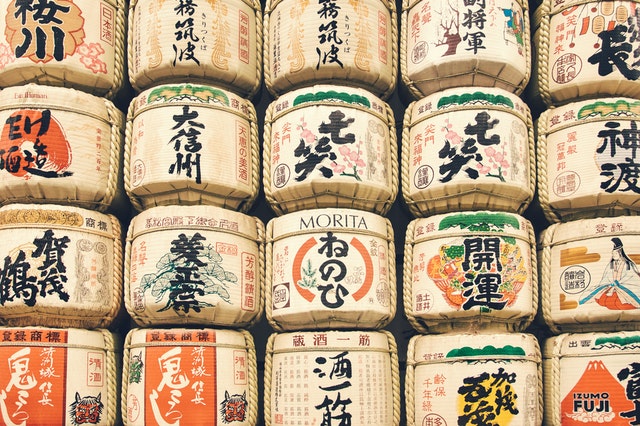 Texas Sake Co: The Only Sake Producer in Texas

While Texas’s state alcohol laws certainly place some restrictions on creators of craft beers and liquors, there is still quite a wide variety of alcohol you’ll find across the state. One example is Texas Sake Co., which is the state’s only producer of the favorite Japanese beverage.

Head to Austin and you’ll be inundated with a massive selection of craft beverage producers to check out. Be sure to make some time for Texas Sake Co., which gives you a truly unique experience in the state.

What to expect during your visit

The company is located in a small, unassuming beige warehouse situated behind BookWoman on North Lamar Boulevard in Austin. The sweet smell of fermenting rice will hit you right as you walk into the door. The company has been brewing the beverage since 2011 under head brewer Jeff Bell, and is one of just 20 sake brewers in the United States.

If you’re unfamiliar with sake, you might be wondering exactly how it differs from beer. The brewing process is very similar, but the resulting alcohol content is much greater—usually between 14 and 23 percent ABV. This means that, while the beverage is brewed like beer, one would drink it more like wine. The main difference between beer and sake, aside from the alcohol content, is the starch used to create the sugars that then ferment into alcohol. While beer typically uses malted barley, sake uses rice. It is for this reason that sake is often referred to as “Japanese rice wine.”

The sake made by Texas Sake Co. uses Calrose rice, a type of short-grain rice grown exclusively in California. It makes three different varieties of junmai sakes (“junmai” meaning a sake made without adding alcohol into it).

One of its beverages, a junmai nigori sake, is an unfiltered, cloudy drink that is near-white in color and has a flavor that is sweet and creamy, resembling cantaloupe or toasted coconut.

Another option, the oak junmai, has a much bolder flavor. It is not common for brewers to age their sakes in oak barrels, because the drink is much more delicate and meant to be paired with light, fresh fare like sushi. Therefore, this is a much more “American” style of sake, which the brewers recommend to be paired with barbecue. Its flavor has notes of honey and vanilla and is popular among people who enjoy drinking bourbon.

In total, Texas Sake Co. produces about 250 cases of sake each month, plus another 20 kegs that it distributes to local bars and restaurants. This summer it will begin offering its sparkling session sake in cans—a drink that it says is lighter and more refreshing than both beer and wine.

If you visit Austin and are in search of unique alcohol options, pay Texas Sake Co. a visit! Its tasting room is open every Thursday through Saturday, with Friday and Saturday tours available.

For more information about work being done by local brewers, contact our licensing agency in Dallas, TX.